Some of the monsters are manifested from other character’s minds, but in these cases they will be in some way relevant to James. In essence he synchronizes into their experiences of Silent Hill when it is relevant. 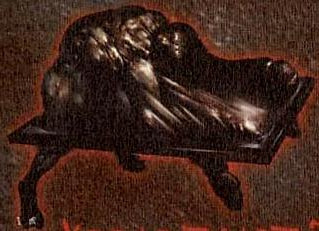 Manifested first from Angela’s experiences with her abusive father. A male figure leaning over a female, rectangular in shape to represent a bed. It has a double meaning of representing James smothering his wife on a bed.

The Bubble Head nurse signifies a number of different feelings James had concerning his wife’s death. It represents his frustrated libido, with the nurses wearing short dresses and having low necklines revealing their cleavage. The second significance of the nurses are to represent James’ anger at the hospital system for allowing his wife to die. Hence the ‘bubble head’ symbolry.

The Creeper also appeared in Silent Hill 1 and was not so different in its design. However, its significance is quite different. In the first Silent Hill it was manifested from insect specimens in Alessa’s room, but in Silent Hill 2 it is a more direct manifestation from James Sunderland’s mind representing him being bugged by something hidden. Thus it appears in a dark room when James’ flashlight shuts off.

Eddie is an enemy in the game, so he has been included in the monster list. At first glance Eddie and James seem like they are similar, but the reality is that Eddie is more associated with Mary who James targeted. As a result, Pyramid Head’s blade is a particularly effective weapon against Eddie.

A representation of Mary on her death bed, the frame it floats around wrapped in representing a bed. The lips a clear yonic symbol. The figure is distorted due to James’ distorted perception of the truth, and mangled because the figure is sickly. It later evolves into the final boss of the game, Mary/Maria. 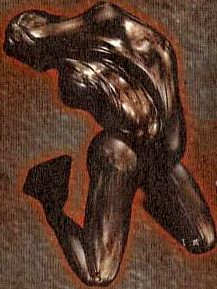 The first monster James comes across, the lying figure represents Mary and her illness. The figure itself is vaguely feminine and appears pained in its movements. It attacks by throwing up on James from a hole in its chest, representing Mary’s illness. 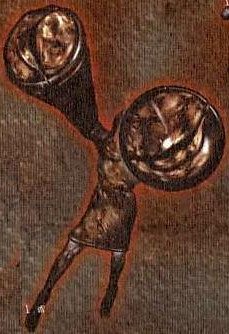 A strange monster that clings to steel meshing with its arms, each of which has a fleshy mouth with which it can attack James with its tongue. It resembles a female figure at a glance. This monster always remains underground, usually beneath steel meshing. There are two meanings behind the Mandarin being stuck beneath the ground. First the female body is associated with caves and holes beneath the ground. Second, being beneath the earth represents it being hidden in the subconscious mind. Specifically, James having killed Mary. 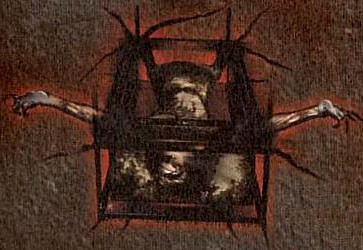 Before discussing the final boss we have to first look at Maria’s relationship to James’ Sunderland. In essence, Maria is James Sunderland’s anima. The feminine part of his subconscious. She resembles Mary because Mary, being the main female presence in James’ life, is the main influence in his anima’s design and thus in Maria’s formation.

Maria is the end boss of Silent Hill 2 she she represents Mary, the true reason James came to Silent Hill and representative of the issue he came to resolve. Resting on a frame that is representative of the bed she died upon. Upside down to represent James’ false perception of her and her death. He has to kill her in order to repeat the truth of how she came to die, the game ending with his catharsis on this point.

It naturally makes the final boss of the game as it fits in perfectly with the correct development of the male mind in that, as Carl Jung said, “the encounter … with the anima is the ‘masterpiece'” 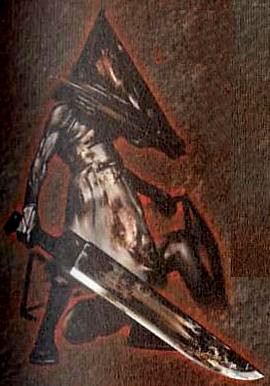 A representation of James Sunderland’s shadow archetype, Pyramid Head is the negative and repressed part of James’ psychology. Repressed aggression, sexuality and negativity. It draws on a number of images from James’ life. In Silent Hill 2 it represents a kind of unrestrained, aggressive and oppressive form of masculinity.

First it has the behavioral characteristics associated with negative representation of the masculine mind. It operates as an executioner and a hunter, both expressions of negative, aggressive male tendencies. Its head piece loosely modeled off images of an executioner from James’ history. The idea is that it is an executioner in the same way that James is one.

Secondly, it has a range of phallic imagery associated with it. Its weapons such as its great knife and spear both being phallic symbols. Then, more general, its entire shape is phallic like with its pale body and red pyramid head. As James goes through the plot and begins to integrate Pyramid Head into his personality more fully he attains and begins wielding its weapon, the great knife.

In the final confrontation there are two pyramid heads to represent James killing Mary and Eddie.

Its worth noting that Pyramid Head, James’ shadow, needs to be faced just before facing facing the final battle with Maria/Mary, the anima. This is in line with what Carl Jung stated “the encounter with the shadow is the ‘apprentice-piece’ in the individual’s development”.

A hidden creature in the prison area of the game that makes sound but is never seen, held captive in a cell. Being invisible it represents a hidden problem that is unknowable, namely what is really wrong with James: his murdering of Mary. To shoot the prison monster is to embrace James’ oppressive actions against Mary.