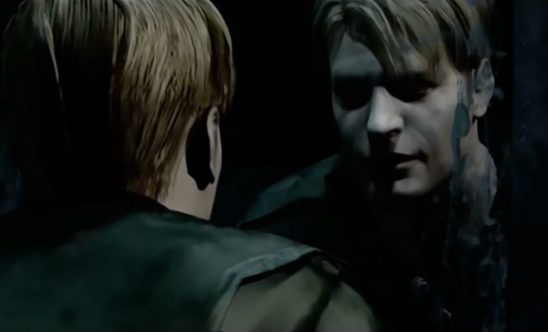 1) The Dev Team Were Artists, Not Game Designers

The newer games in the series were created by people who were first and foremost game designers rather than artists. The problem is that game development in general is more of a procedural, left brain type of task whereas creating an atmosphere suitable for horror is an atmospheric, ephemeral excersize that is more right brain. Negative emotions, including fear and anxiety, are processed in the front area of the right brain which may not be so exercized by typical game devs. In general, artists are people who are more familiar with using their right brain as they deal with broad thinking. It is a distinction between the two skill sets.

Now I am sure a lot of people are going to respond that Tomm Hulett had a BA in Creative Writing, but even so his background was predominantly in game development rather than writing. Further, he apparently did have clashes with the team of Silent Hill: Homecoming concerning the inclusion of Pyramid Head in the game and things of that nature (https://silenthill.fandom.com/wiki/Tomm_Hulett).

Devin Shatsky, the producer of Downpour, seems to be more of a project manager or IT person. His linkedin page specifies some sort of Liberal Studies degree, whatever that means, but his history seems much more IT focused (https://www.linkedin.com/in/devinshatsky/).

Compare this to the staff from the team that created the original games:

The composer Akira Yamaoka was a musician who went to Tokyo Art College, studying product and interior design due to his interest in the way images could be mixed with sound. He was even in a punk rock band in his youth (https://web.archive.org/web/20070629165120/http://spelmusik.net/intervjuer/akira_yamaoka_eng.html).

Takayoshi Sato, the character designer, writer and CGI artist has an arts degree in fine arts focusing in oil painting (DEEPLY). This is a very different sort of mindset and skill set than a graph designer. One of his comments that stands out is that “There’s a tendency to create the same games over and over with only a visual upgrade. And the only thing artists are supposed to do is “be professional” and gift wrap the same game elements with a pretty new skin” (https://kotaku.com/5018655/takayoshi-sato-on-silent-hill-serious-games-and-art?IR=T || http://tale-of-tales.com/blog/interviews/interview-with-takayoshi-sato/).

I could go on and on looking at the members of Team Silent and their education backgrounds, dispositions, etc but the main take away is that they were less techy dev type people and more liberal arts types. If you look into the influences behind the games it is basically a giant list of esoteric, art-house type stuff like Session 9, Phantoms, David Lynch, etc. The list of influences from a weird range of art is too much to go into in full, but the Silent Hill fandom wiki includes much of it and is a link below (https://silenthill.fandom.com/wiki/Inspirational_works_of_Silent_Hill#cite_note-bolm130131-1).

This artistic, art-house sensibility resulted in a control over emotion rarely seen in other games. The pros and cons of this come across clearly when you play the game in that it is very good at generating atmosphere but at times the gameplay can be utterly painful. Playing Silent Hill 2 using a keyboard was a special form of RSI inducing torture. 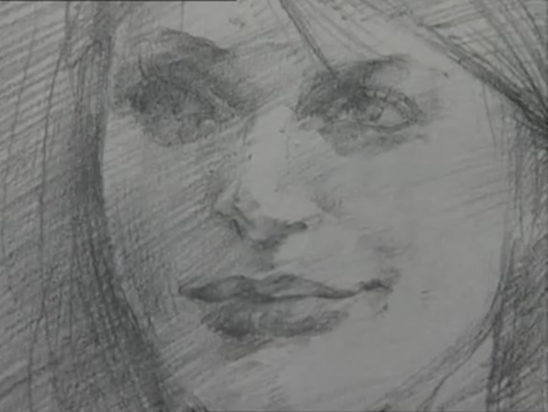 I actually think Stephen King’s influce is one area the newer Silent Hill titles failed to pick up on more than anything else. The original games were so heavily influenced by Stephen King’s work they almost owe him a check. There is nothing wrong with this though, ‘great artists steal’ after all.

An obvious omage to Stephen King is the first street you wake up on in Silent Hill 1 is named Bachmann road, a reference to one of Stephen King’s pen name Richard Bachman (https://www.goombastomp.com/stephen-king-david-lynch-art-inspired-silent-hill/). However, in so many other ways Stephen King plays a major part. Take these scenes from the movie The Mist, based on a Stephen King novel of the same name [Pause]. Then compare to this scene from Silent Hill in which even the creatures have a lot of shared commonalities.

Take this great scene with Timmy Baterman from Stephen King’s Pet Sematary, [Pause] compared to this scene with Lisa. Even the strange scene where Louis enters Jud’s house and the house has transformed into some sort of otherworldly type place. These are very clear influences.

Not to mention that Susan Norton from Salem’s lot has a lot of crossover with Maria from Silent Hill 2. Maria’s voice actress, Monica Horgan, even said that the character was ‘such a vamp’ (http://alchemillahospital.net/interview-with-monica-taylor-horgan/). Both characters seem to exist to sexually tempt the main character, who is in part responsible for ‘creating’ them.

The Lake View Hotel at the end of Silent Hill 2 and the Overlook Hotel from The Shining also seem to have some pretty serious overlap including the names.

However, while those are all superficial elements its the trend of Stephen King’s style of tapping into Christian and even native american mythology to mix with everyday fears we all share seems to have really formed the heart of the Silent Hill series. Its this weird mix of the occult with the every day that seems to be particularly fertile ground for horror as it allows a kind of metaphorical substitution to occur in which the fantasy tells the intellectual part of the brain to relax because its not true, but the underlying metaphor can effect the emotional part of the brain. Stephen King explains this in the following interview excerpt: (https://www.youtube.com/watch?v=YA2kzmoAsnk&t=209s) [insert stephen king quotes]

So in short, Stephen King is a really major influence. The orignal Silent Hill stories are basically Stephen King stories.

Keeping in line with Stephen King’s style the characters were also every-man type characters. The earlier games were definitely much more focused on mundane characters than the later ones. Harry Mason was apparently a writer, but mostly he was just a father. James Sunderland supposedly worked as a clerk, it doesn’t even particularly go into detail about it but he was a pretty average guy. Heather is just a typical teenage girl in a lot of ways and starts the story at a shopping mall. Never has there been such a group of normies as main characters and that is great because it means we can relate to the characters as an audience because they resemble us.

The areas were also very every day places. City streets, schools, shopping centers, subways and hospitals. It seems like this is particularly important for horror because part of its function is to tap into every day fears we all have but are put to the back of our mind by our brains kind of internal censor. As such when these very normal environments became corrupted and horrific in some way, it had a really strong impact.

You’d think having a lower budget would hurt, but it can be helpful as there is less pressure from the production company. The current crop of games, save for the indie games, have such large budgets that mass appeal needs to be assured before production even begins. The options for creativity in such a risk averse environment are severely stifled.

I have no doubt that this is why indie games have taken off so much of late. There are some really spectacular indie games out there such as The Forest, which are such strange concepts that they wouldn’t receive the funding from a company and yet have worked so well precisely due to being strange.

While the original Silent Hill games were not as low production budget as games like the original Doom games, they still had small enough budgets that more risk was acceptable. In the current environment Konami has completely given up making console and PC games, opting for Pachinko machines instead. Pachinko machines!

Even though the gameplay was in many, many ways inferior to other games it still served well to build tension as the combat was all about timing. The creatures moved slowly toward you in a way that built tension because you had to first decide whether you were going to run away, run past or fight. If you decided to run past the creatures they kind of stumbled toward you and if they got close they would grab you. If you decided to fight timing the attack as the creature bumbled toward you was everything. Swing too early and a creature will grab you. Swing too late and you’ll get hit. It kind of shows that you don’t always need advanced gameplay to make a game work, you just need effective gameplay.

Anyway I hope you all enjoyed my list of reasons for why the original games were so effective. I don’t really think that these qualities are particularly likely to be produced by a new team in the current area. Maybe an indie team less constricted might be able to, but then it will just be inspired by Silent Hill. It looks like we are not really going to have another series like Silent Hill, but that isn’t a bad thing. Maybe some well done remakes might be the best path forward, if anything at all.

If you enjoyed this video be sure to subscribe to my channel for more pointless videos analyzing video games, movies, etc.